We are proud to announce the release of our first beta for the 2.0 version of Xibo. The codename for this version is “Swift”.

2.0.0-beta is a should be used for testing only and not be used in production. You can upgrade to this release from 1.8 series.

If you're interested in reading more about these things and what they mean for Xibo, please take a look at our 2.0.0-alpha blog post.

This beta is a CMS only release - Player beta releases will follow in due course and you can use a 1.8 Player against a 2.0.0-beta CMS.

We will leave you with a teaser screenshot of the new Layout Designer! 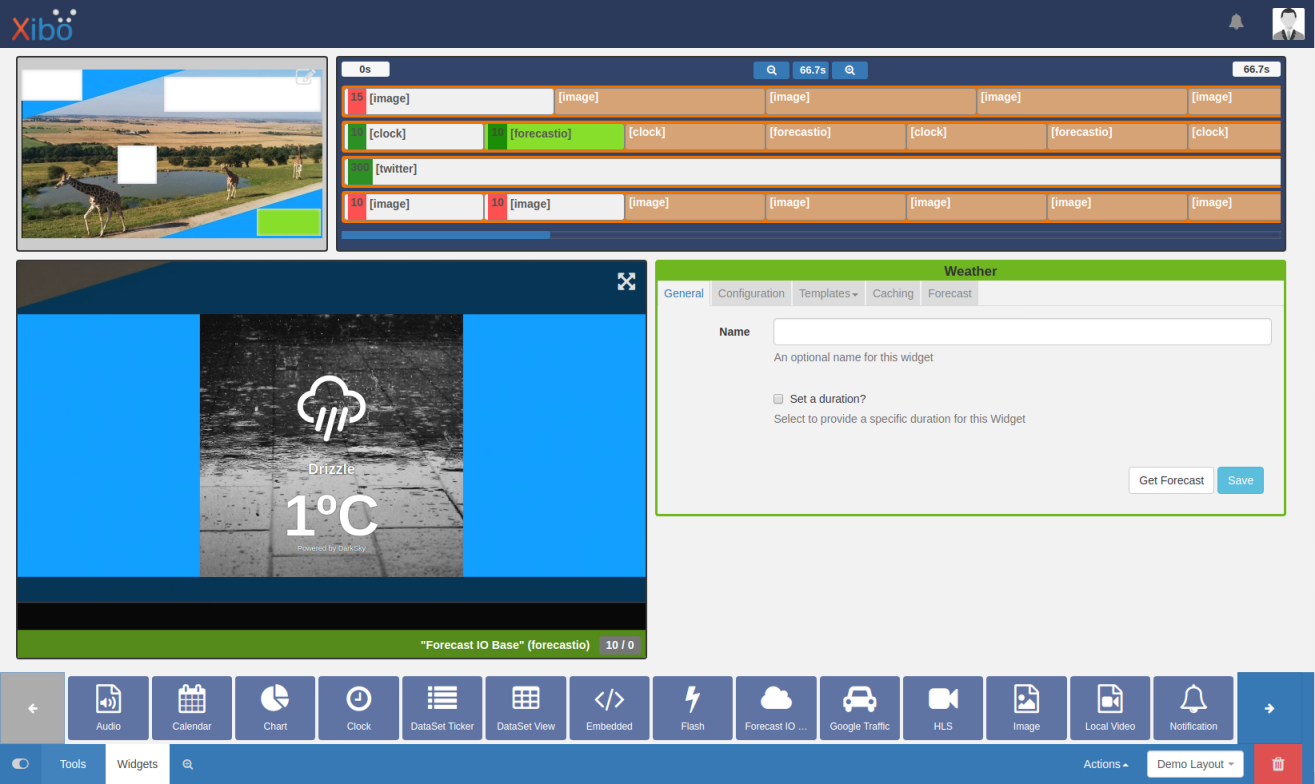 We're making this beta available for people to try using our recommended installation method, Docker. We will be providing release files for the stable 2.0.0 release for those of you running without Docker in due course.

At Xibo we have a big plan, which is to make digital signage available to everyone! We want every business and organisation to be able to leverage the benefits that digital signage can bring.…

Today we're releasing our next preview of the Linux Player for your feedback.…