We are pleased to announce the release of our second development preview for the 2.1 version of Xibo. The codename for this version is “Brooks”.

2.1.0-alpha2 is a development preview only and should not be used in production. You can upgrade to this release from 1.8/2.0 series.

The main focus of this release is to improve the reporting capabilities of Xibo, with particular focus on Scheduling Reports and Saving reports for later viewing.

This release also brings two factor authentication to the CMS, via Google Authenticator or Email. 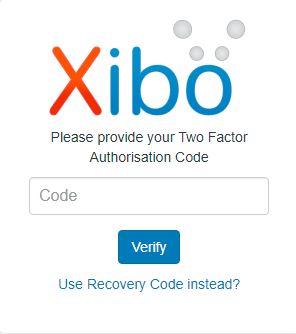 In total there are 25 resolved issues in this release, plus all updates from the 2.0.1 and 2.0.2 stable releases.

We're making this alpha available for people to try using our recommended installation method, Docker. We will be providing release files for the stable 2.1.0 release for those of you running without Docker in due course.

Our immediate development work will be to prepare a 2.1.0-beta release which will add more polish to all the features we've put in 2.1 so far. We will also be responding to your feedback and any bug reports.

Beyond 2.1 we've begun planning 2.2, which will focus on improvements to the Scheduling capabilities of Xibo.

View all your media in the Library Search window and resize and move the window to suit!…

Announcing the third patch for the 2.0 version of Xibo. The code name for this version is “Swift”. This patch solves 19 issues.…