We are pleased to announce the release of our first release candidate for the 2.1 version of Xibo. The codename for this version is “Brooks”.

2.1.0-rc1 is a release candidate and should not be used in production. You can upgrade to this release from 1.8/2.0 series.

This release builds on the work completed in 2.1.0-alpha, 2.1.0-alpha2 and 2.1.0-beta further refining the new features that have been added. 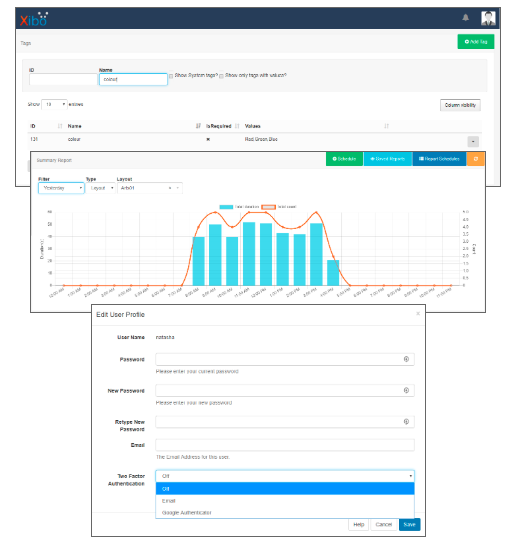 The alpha and alpha2 releases removed existing statistics and started collecting new ones in the new format.

The beta release and this release will do more to preserve those statistics by renaming the stat table to stat-archive and then slowly migrating records over in the new format.

If MongoDB is configured then stats are migrated from stat and stat_archive into MongoDB.

You may use any v2 compatible Player with this patch. At the time of writing these are the latest:

Our immediate development work will be to prepare a 2.1.0 stable release which will resolve any issues found with the release candidate.

Beyond 2.1 we've begun developing 2.2, which will focus on improvements to the Scheduling capabilities of Xibo.

Xibo Signage are pleased to announce Xibo for Linux 1.8 R2, our second release of the new Linux Player.…

Announcing the fourth patch for the 2.0 version of Xibo. The code name for this version is “Swift”. This patch solves 19 issues.…