We are pleased to announce the release of our first development preview for the 3.1 version of Xibo. The codename for this version is “Holmes”.

17P/Holmes is a periodic comet with an orbital period of 6.88a (Julian years). Edwin Holmes (an amateur British astronomer) discovered the comet on November 6, 1892. It's last closest approach to the sun was in February 2021 and is on it's way back in January 2028.

3.1.0-alpha is a development preview only and should not be used in production. You can upgrade to this release from a 2.x series.

This release builds on the success of 3.0 with improvements in the following areas:

Simplification of the Layout Editor

We've listened to your feedback and reopened our Layout Editor project. We're determined to make it simple to use and yet as powerful as ever.
The first part of this work is to simplify the editing experience, with a streamlined editor:

We've also included integration from Pixabay to show images/videos when searching in the toolbar: 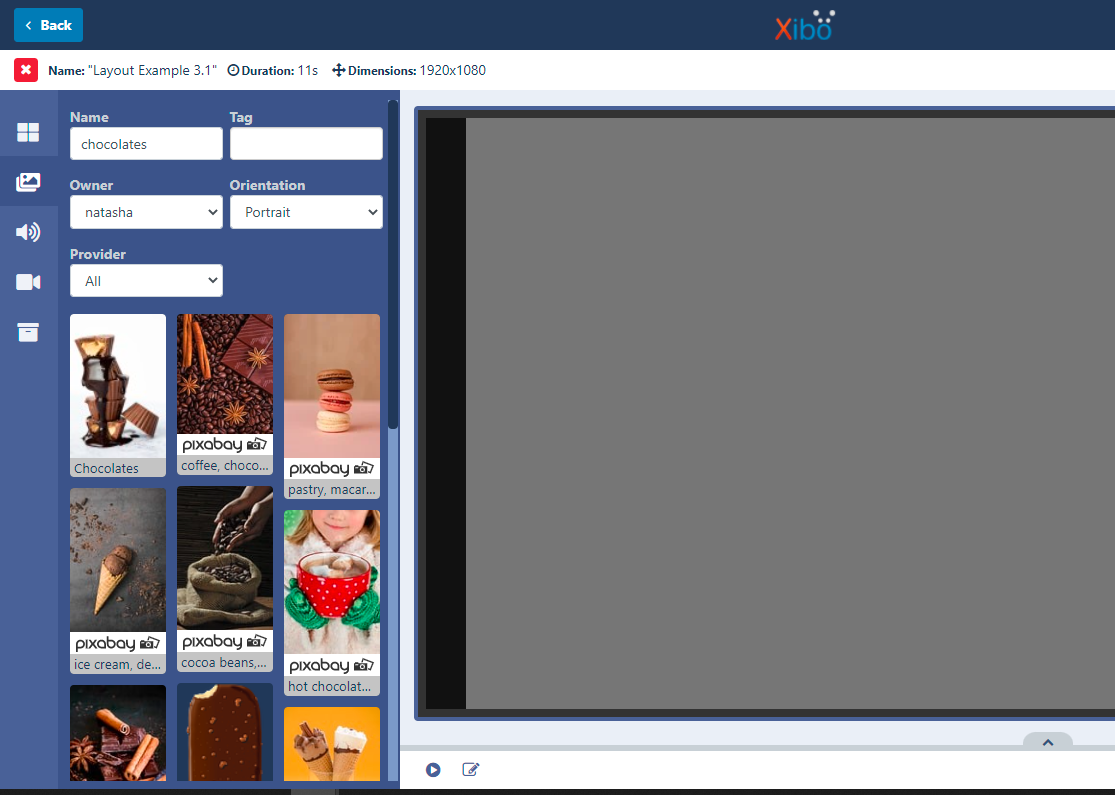 Pixabay can be enabled from the Administration section of the main CMS menu by clicking on Applications and scrolling down the page to the Connectors section.

It has always been possible to create a menu board in Xibo by utilising DataSets and the DataSet widget. This release makes this even easier by adding a separate Menu Boards user interface to create and configure data to be associated with menu board items.

Create menu boards by defining categories and including images, descriptions of menu items:

Coming soon in the beta release is a Menu Board Widget which can be configured to display the data held in Menu Boards on Layouts.

Have you ever wanted to only play 1 widget or maybe play a random widget from a Playlist each time a Layout is shown? This release introduces this feature on the Sub-Playlist Widget!
Each time the Layout is shown, only 1 item will be shown from any Sub-Playlist with cycle playback enabled. 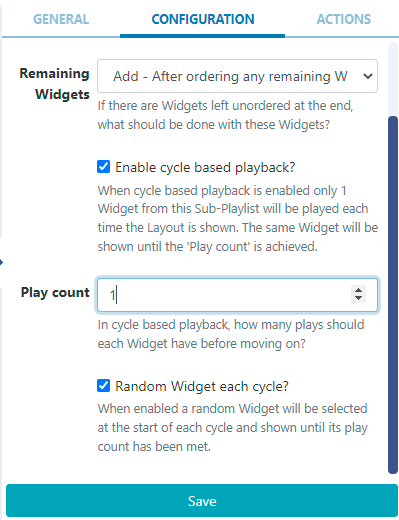 We also took this functionality and added it to Campaigns!

Schedule a Campaign with cycle playback enabled and each time that Schedule Event appears only 1 Layout will be shown from the Campaign: 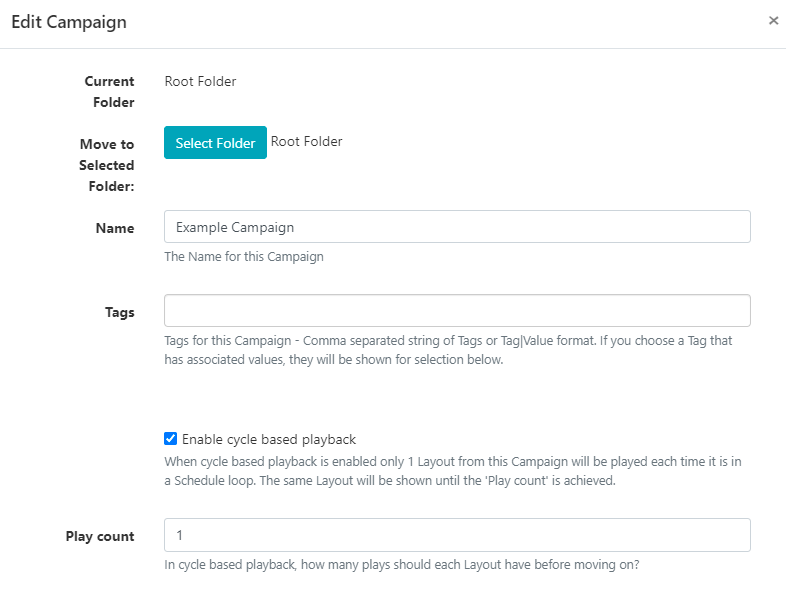 Xibo for Windows will be the first player to support this functionality in the upcoming v3 R302 release...

We're making this alpha available for people to try using our recommended installation method, Docker. We will be providing release files for the stable 3.1.0 release for those of you running without Docker in due course.

30 issues have been addressed in this release!

Please leave any feedback in the comments!
We are hoping to have 3.1.0-beta available to try at the end of January 2022.

Announcing the 4th patch for the 3.0 version of Xibo which addresses 39 issues!…